I’m still reading Star Carrier. An interesting twist has arrived. It appears that the recently discovered aliens know how to travel through time. Boy, the story is getting good.

My sister came back home and I bought season 4 of the West Wing. Sis and I started watching it this last weekend. I really love this show!

Now that I’ve finished Kyle Pew’s (Office Newb) PowerPoint course, it’s back to his MS Excel course. Now that I have one of his courses under my belt, I’ll be taking all of his other courses. MS Word, MS Access, and all the rest. I really like this guy. Not to mention, each course I buy, is mine forever. So, they are great reference for future work.

I hope all of you have a terrific Thursday!

Well I’ve done it. I’ve decided to focus a gaming post on the weekend, and pull it from this posting. That way, those of you who are interested in hearing about the games I am playing can get some exclusive content. The new posting will be on either Saturday or Sunday (I’m leaving that option open), and will start out with what I’m doing in the games I’m playing, and then add in some pointers and things I’ve learned playing them.

I’m still reading Dark Time. It’s in the sci-fi genre and is about a space carrier called America and a whole host of characters that have developed over the previous 5 books. I don’t like giving away the story, but if you enjoy the sci-fi genre, you will enjoy the Star Carrier series by Ian Douglas.

My sister and I are on Season 3 of The West Wing. What a great show. I can’t speak enough about it. I’m also watching a great Civil War series on Amazon Prime.

Believe it or not, I found another game to play. It’s called Diablo Immortal. It is a mobile RPG game produced by Blizzard. Wow, what a game. The stories are so detailed and the world is really immersive. What is really cool, is that you have other players who you can see that are all logged in and doing their thing. Call of Duty is still my favorite First Person Shooter (FPS), but Diablo Immortal is great fun! Another game I highly recommend if you are looking for a good one to play and keep you busy for a while.

I finished book 5 of the Star Carrier series and will start book 6 today. It has been a great series for sure.

My sister and I are still watching The West Wing. I also finished the history of Quantum Physics and need to find another documentary to start watching today.

My EXCEL course just covered some more conditionals like the many IF functions in EXCEL. It is great learning all this stuff. I use EXCEL quite a bit and this course will prove to be helpful for years to come.

Well, that’s it for now. Have a great Thursday, folks!

I changed the title of today’s posting, because it failed to capture what I wanted to cover in Thursday’s posting. So, it is now what you see.

Season 3 of 2022 has started in Call of Duty Mobile (CODM). It is so exciting to start a new season. We have a bunch of new challenges, new characters, a new comic strip that encompasses the theme of this season (The Jungle), and it will be offering a new map, new weapons to camo up, and a continuing tournament from last season. I’m currently finishing up a submachine gun, then I’m going to shoot for Legendary status in both ranked multiplayer and battle royale. I’m stoked. It started yesterday. I played a bit, but my sister and I are still working through Better Call Saul and I take a break from that.

I also have a bit of great news. My sleep schedule has finally normalized. I’m back to midnight to 7 AM. I think it may have had to do with getting back to the gym and getting back on track with a steady workout routine. I don’t know what it is about going to the gym, but my workouts are so much better in the gym, than they are in my home. Now that COVID poses a little less of a threat, I have started hitting the gym again and it’s great!

The Star Carrier series is what I’m currently reading. Earth is in a civil war, and there are two groups of aliens that are threatening her. The crew of the America (which is the key ship in the series), is headed off to meet one of these alien groups head on, and it will be exciting to see what happens. I won’t give you more than that, but wow, what a ride!

What am I watching? I’m watching a series on Amazon Prime called Total War WW2 and my sister and I are still plugging through Season 5 of Better Call Saul. For those of you who are interested, Stranger Things season 4 has just hit Netflix. My sister is not a fan, so I’ll be solo watching that one. I’ve watched all of them and love the show.

My learning is dedicated to becoming better with MS Excel. The course I’m taking is terrific. I cannot tell you how much I did not know about Excel before taking this course. Wow! It is great. We are working through connecting multiple sheets and consolidating data using the consolidation tool in MS Excel. Again, this is a tool I never knew existed.

Well, that’s it for today. I hope all of you have a terrific Thursday!

Well, my sister and I are in season 3 of Better Call Saul. What a great series. I think it is so good because we watched Breaking Bad first. No spoilers, but the back stories on some of the characters in Better Call Saul is awesome!

CODM is still a blast. I got to Grandmaster in Ranked play and hope to get to legendary this year. All kinds of challenges this season and some unique events that have been an absolute blast to play. I’m still grinding weapon camos for the most part. It’s tedious at times, but there is such a large variety of weapons, it’s fun to really learn a weapon as I work through diamond camo.

I’m reading another book in the Star Carrier series. It’s a page turner. I like this guy’s style of writing, and the plot is awesome.

Well, that’s all for today, folks. I hope you have a great one! 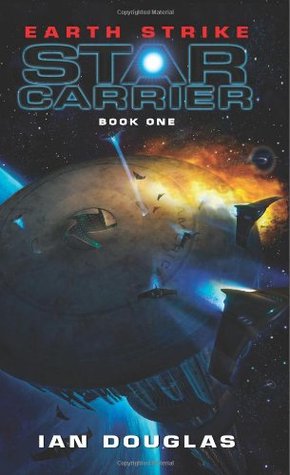 For those of you who enjoy Science Fiction, this is a book you’ll want to read. I found it on Scribd, but it’s also available on Amazon in the Kindle version and in paperback. Wow! What a story.